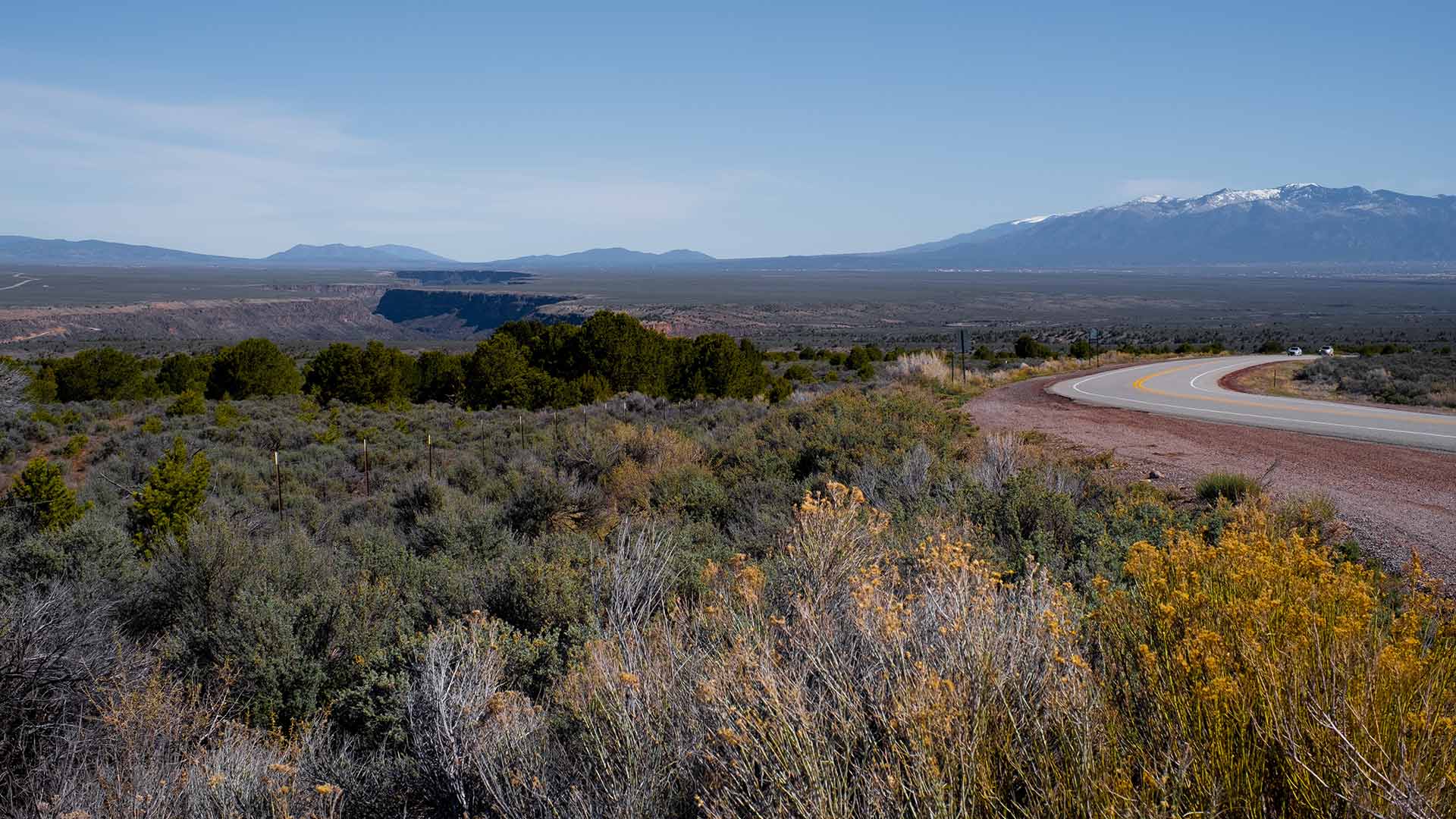 While the people of New Mexico have been here for thousands of years, they were not the first. That distinction belongs to the dizzying array of plants and animals found in and around Taos. New Mexico’s size, terrain and climate make it one of the most biologically diverse states in the country. In fact, over 4,500 different species of plants and animals call our man-made state border home.

Several life zones, including the alpine tundra, coniferous forests, woodlands, grasslands, and desert transition to and from each other. And that diverse ecosystem is especially apparent in the north. Drought-resistant plants like Russian Thistle–AKA tumbleweeds–and Prickly Pear cactus can be found south of Taos. To the north of Taos, hearty trees like Douglas fir and Juniper surround the landscape. Plants and trees make up over three quarters of the biological diversity in the state.

But the other quarter does not lack excitement, either. New Mexico features elk, deer, antelope, rabbits, squirrels, foxes, wolves, coyotes, mountain lions and bobcats (yes, there is a difference). The state animal is the black bear, native to the mountains of northern New Mexico.

And that’s not even mentioning the most diverse landscape in the state: the Rio Grande Valley. Making its way from the southern border to the north, the Rio Grande Valley is home to three turtle species, nine lizard species, 13 snake species and more than 60 mammal species. The valley features over 200 species of birds that use it as a home or mating grounds every year.

Now knowing the wealth of biological diversity in northern New Mexico specifically, you can understand why Taos was such coveted land since the beginning. Thanks to conservation and environmental efforts, most of these species have remained in their original environments, cohabitating with us at El Pueblo Lodge. Whatever reason it is you travel, keep an eye out for our wild neighbors. As you’ve read, we have quite a few of them.