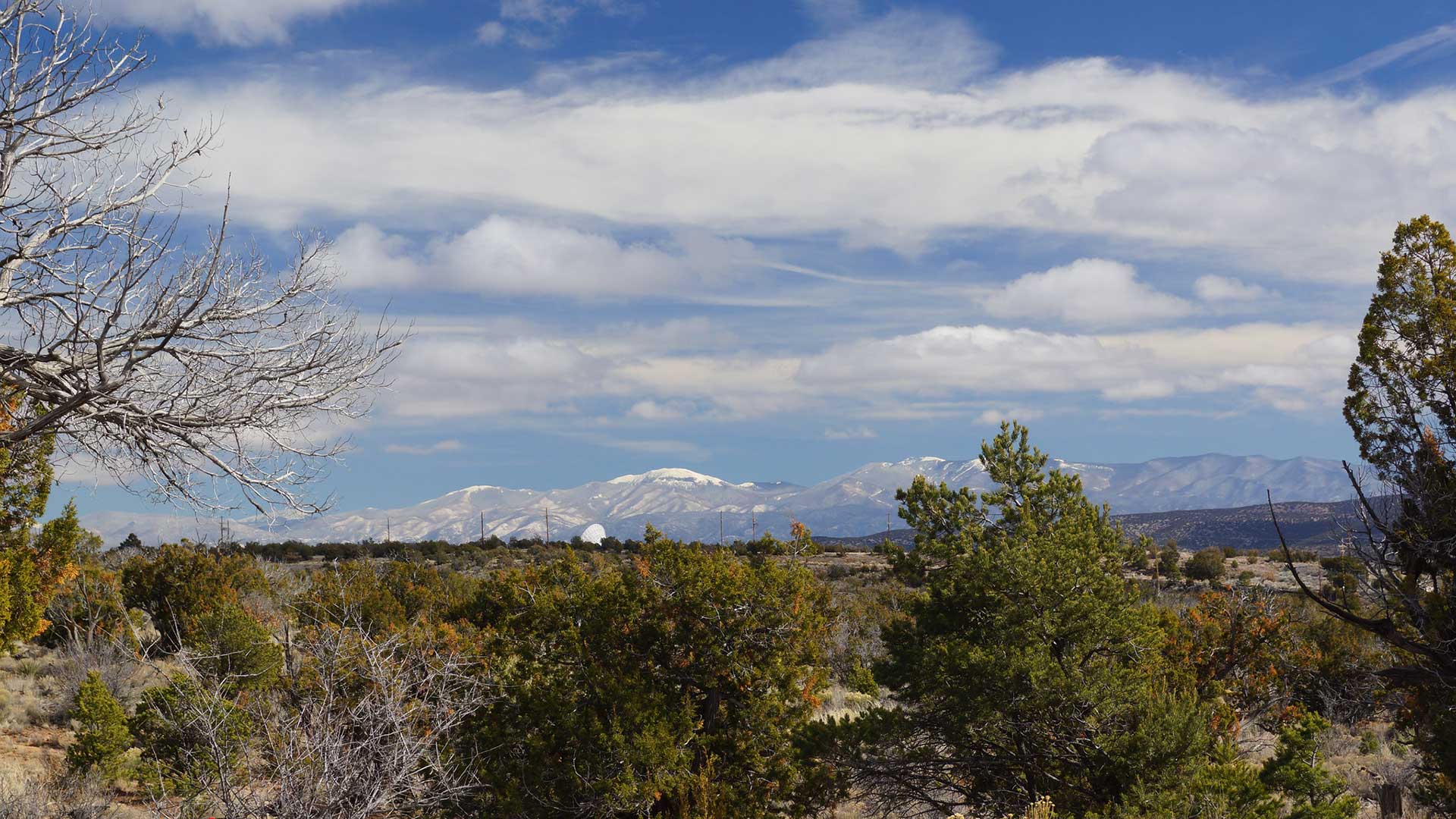 Heading south to escape the winter chill? Why not embrace it one more time? Just a 90-minute drive southwest from Taos, Bandelier National Park is home to one of the most majestic scenes in the American Southwest. And if you catch it at the right time, a fresh layer of snow veiling the monument will prove to be an unforgettable experience.

Bandelier National Park is one of the proudest historical wonders New Mexico has to offer. The monument features over a mile of kivas, or cave dwellings, found and expanded upon by Pueblos as early as 1150 AD. The trail allows up-close encounters with these ancient marvels, including a small, reconstructed kiva that hikers may enter via ladder.

As beautiful and awe-inspiring as these cave-dwellings are, when snow settles on the façade of the rock and surrounding area, an other-worldly contrast of colors, history and nature make up an extraordinary scene. Along with the human achievements, the park’s own hairy-eared Abert’s squirrels come out in droves in the winter and are far easier to spot amongst the white backdrop.

There are some restrictions to the park due to COVID-19 protocols as well as the severity of snowfall. All outdoor facilities, including trails, campgrounds and park restrooms are open. The visitor center, museum and theater remain closed, however. Whether you’re on your way to El Pueblo or leaving, it’s been a generous season for snow this year and there’s still time to experience Bandelier and its kivas among the white powder.

Back ToAll Posts Up Next In The Eyes of Instagram